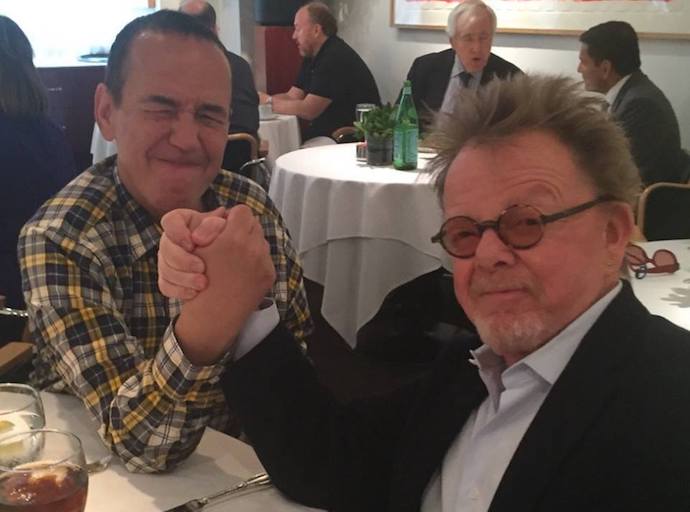 Screenwriter Tracey Jackson and legendary songwriter and actor Paul Williams join Gilbert and Frank at New York’s famed Friars Club to talk about the launch of their new podcast and to cover a wide array of topics, including the “musicality” of comedy, the addiction of fame, and the movies that changed Paul and Tracey’s lives. Also, Paul auditions for The Monkees, Tracey hangs with Hunter S. Thompson and Gilbert “favors” Paul by performing some of his greatest hits. PLUS: John Byner! The Jewish Elvis! Robert Mitchum’s bed! Tracey bootlegs a Paul Williams concert! And the return of Pat McCormick!